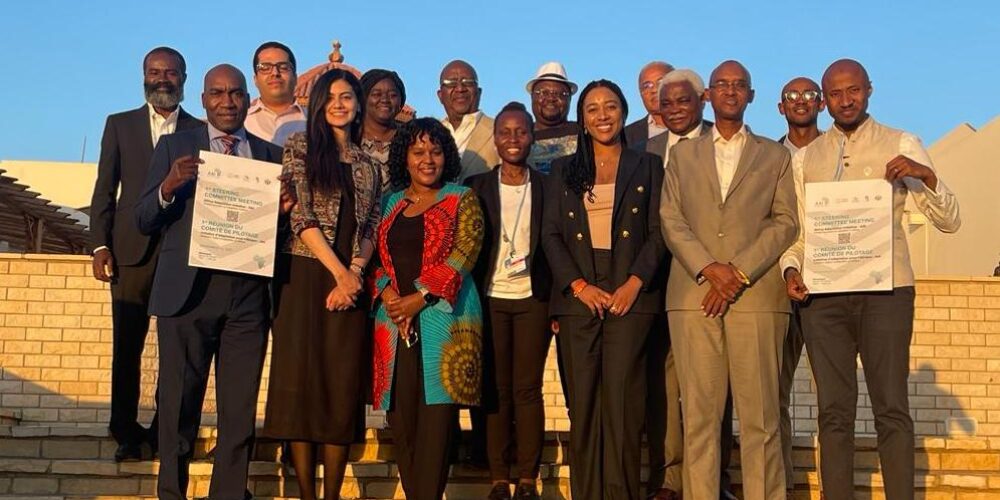 The announcement of the first steering committee comes at a critical time as the African continent looks at ways to anticipate and manage the adverse effects of climate change that continues to threaten the economic growth of African states and impede progress toward achieving their national development and Sustainable Development Goals (SDGs).

The steering committee was appointed at the eighteenth session of the African Ministerial Conference on the Environment (AMCEN) meeting in September 2022. The committee is made up of representatives from the Republic of Gabon as AAI Champion as chair, the Arab Republic of Egypt as host of the AAI TSU, the African Union Commission, United Cities and Local Governments of Africa (UCLGA), and Pan Africa Climate Justice Alliance. To ensure full African regional representation in the composition of the Steering Committee. Some country representatives from Botswana, Kenya, and Liberia will also be part of the steering committee.

The inaugural session looked at the provisional adoption of the documents AAI 2020-2030 strategy, five-year work plan, and initial governance arrangements.

Acknowledging the operationalization and the Africa Union (AU)decision, AAI Technical Support Unit (TSU) will be hosted at the United Cities and Local Governments of Africa (UCGLA) in Cairo, Egypt.

Commenting on this announcement, Ambassador Seyni Nafo, AAI Coordinator, said: “As we kick off the high-level segment of the COP27 in Egypt, this is a key moment for African countries to raise their voices about the critical need for adaptation finance as we face the very real consequences of global warming, already disproportionately impacting the African continent. We need more adaptation-specific funding now to face what is coming, and we need to be able to unlock the funding that developed nations have previously pledged. The time for talk is over; it’s time for adaptation action.”

Speaking at the first steering committee meeting, Minister Lee White said: “The steering committee’s priority will be to stress the need to step up Africa adaptation funding efforts during COP27 as well as the need to establish a finance mechanism for losses and damage. There is a critical need to bring finance and a real commitment to Africa to help people who have done little to contribute to climate change but are currently most impacted by its effects.”

With Gabon’s President H.E. Ali Bongo Ondimba as its Champion, the government, announced plans to host the next steering committee meeting in Gabon alongside the One Forest Summit scheduled in March as well as hold a partners’ forum.

About the Africa Adaptation Initiative

The Africa Adaptation Initiative (AAI) is the African Union lead flagship initiative working to enhance concrete adaptation on the ground. The Initiative has secured - over the years - strong collaboration with international partners, including: the United States of America, the Federal Republic of Germany, the European Union, the UN (UNDP, UNCDF), philanthropies and other key partners.

The AAI was launched by H.E Abdel Fattah El-Sisi as Coordinator of the Committee of African Heads of State and Government on Climate Change (CAHOSCC) at COP21 in Paris (December 2015) to the United Nations Framework Convention on Climate Change (UNFCCC).

The AAI aims to enhance action on adaptation through partnerships with institutions and organisations undertaking relevant work on the continent to scale up and replicate on-going initiatives and develop proposals for new initiatives.