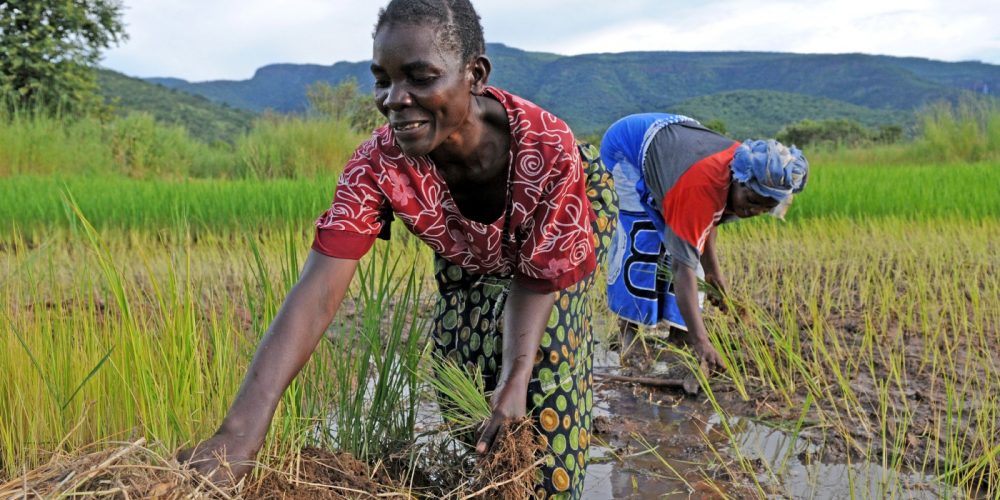 3 Takeaways from the Glasgow Climate Conference for Adaptation in Africa

The outcomes of the United Nations Climate Change Conference (COP26) in Glasgow have seen mixed reactions. Kulthoum Omari Motsumi, Special Advisor to the Africa Adaptation Initiative (AAI) reflects on the most relevant outcomes for adaptation in Africa.

Le word’s first climate-induced famine in Madagascar, droughts leading to a national disaster in Kenya — these news reminds us that adaptation in Africa is not about preparing a contingency plan, instead, it’s about people’s lives and livelihoods right here and now. The world leaders have recently met in Glasgow for the annual United Nations Climate Change Conference (COP26), and here are three main takeaways for adaptation in the continent.

Work has begun on unpacking the Global Goal on Adaptation (GGA). The Paris Agreement called for establishing systems for tracking adaptation action and support on a par with mitigation (everybody knows the 1.5°C target, right?). At COP 26, a comprehensive two-year work programme on the Global Goal on Adaptation was launched which will help us understand progress towards more climate-resilient future and where we need the most support.

The Santiago Network on Loss and Damage is operationalized. In Paris, negotiators agreed to ‘avert, minimize and address loss and damage’. However, progress on this issue has been slow, all the while climate change is wreaking havoc. COP26 didn’t deliver a funding facility, but it kept it “alive” by operationalizing the Santiago Network catalyzing technical assistance to developing countries and agreeing on a “Glasgow dialogue on loss and damage”.

What do these mean for adaptation in Africa? African negotiators asked for $1.3 trillion climate finance per year. The new pledges fall far short from that, nevertheless, it is a positive outcome that can benefit the most vulnerable of the continent. Operationalizing the Global Goal on Adaptation is an important step as it will assist the global community in understanding how collectively we have strengthened capacities and reduced vulnerabilities in the continent and identify areas where gaps remain.

Le l'Initiative pour l'adaptation en Afrique (IAA) (AAI)’s mandate is to scale up adaptation action and support in Africa. AAI with its partners, the EU and UNDP, are preparing to launch the African Hub to facilitate knowledge exchange for adaptation across the continent, build capacity on risk transfer and financing, and our upcoming report “State of Adaptation in Africa” can undoubtedly contribute to the work programme of the Global Goal on Adaptation. We look forward to build on the progress made during this year’s COP and realize a not only African, but a true “Adaptation” COP next year.